This year, ZEISS celebrates its 175th year in business. A historic milestone and a rich legacy unmatched in the vision care industry. Since the early days when Carl Zeiss created his first microscope, ZEISS has played a leading role in advancing the field of optics. From pioneering surgical microscopes and slit lamps, to developing optical glass and precision eyeglass lenses featuring point-focal imagery, ZEISS has always been at the forefront of optics. ZEISS continues to pursue innovations that change the world and make a difference for the people that live in it. But how did this story begin and how did ZEISS become the global company it is today?

On November 17, 1846, German entrepreneur and university mechanic Carl Zeiss opened a small workshop in the German city of Jena where he would work on precision mechanics and optics. One of this workshop’s first products was a microscope, which was praised for its superior imaging properties.

In 1853, Carl Zeiss invented an improved microscope that he called “the wonder of Jena”. It had twice the magnification power of other microscopes and provided a higher level of detailed observation by using transmitted light. Such an advanced device made many new scientific discoveries possible and would later be called the compound microscope.

But it would take a collaboration with physicist and mathematician Ernst Abbe in the mid-1860s to transform this small, specialty business into a large-scale commercial enterprise. Through a unique combination of scientific excellence and manufacturing expertise, ZEISS would grow to become a globally recognized brand name synonymous with excellence in optics.

A formula for better vision

In 1873, the young scientist and professor at Jena University, Ernst Abbe, discovered the now-famous optical formula, called the Abbe Sine Condition. This is one of the essential properties that a lens must have to produce a sharp image with significantly reduced distortion, aberrations, and imaging artefacts. Even today, the Abbe Sine Condition must be fulfilled by all high-performance lenses in order for them to produce sharp and crisp images.

Another key contributor to the company’s dynamic growth was glass chemist Otto Schott (1855-1940), a glassmaker’s son. Together with Carl Zeiss and Ernst Abbe, he founded the company which is now SCHOTT, a high-tech materials producer renowned the world over for its specialty glass.

Otto Schott produced exceptional optical glass with novel properties. In 1879, he offered a sample to Abbe, which sparked a collaboration that resulted in the creation of Glaswerk Schott & Genossen, a factory that began operations in September 1884.

The high quality of the new optical glass helped make Abbe’s theory applicable in all ZEISS instruments from that point onwards. The combination of scientific rigor with entrepreneurial know-how proved to be the first leap in a future full of technological breakthroughs.

The company later developed the first camera with a photographic objective lens, which was patented as an “objective for optical instruments” in 1891.

The ZEISS Foundation is established.

A company unlike any other

As a foundation-owned business, ZEISS is dedicated to sustainability as laid down in the original 1889 Carl Zeiss Foundation charter. Responsibility is at the core of the corporate identity, and it drives company initiatives such as providing access to eye care services in underserved communities and supporting educational opportunities across the field of optics. Of course, today, corporate responsibility has to include activities for climate protection. As an example ZEISS plans to be 100% carbon neutral in power consumption by 2022 and in all other activities by 2025.

One recent example ZEISS’ support is Aloka as a social business. The program offers vision exams and eyeglasses in underserved regions in developing countries.  Through Aloka, ZEISS provides up to 20,000 patients per month with quality eye and vision care. Click here to learn more.

To find out more about what the ZEISS Foundation click here.

The Path of Progress is Never-Ending

Back in the 1960s, ZEISS partnered with NASA’s space program to capture and immortalize what remains one of mankind’s greatest accomplishment – the first moon landing. Throughout the Gemini, Mercury, and Apollo missions, specially designed ZEISS lenses were used to create iconic images that graced the covers of magazines around the world and inspired millions. Furthermore, the lenses employed throughout the space mission became the basis for today’s advanced optics, for example in the field of cinematography and lithography.

It’s almost impossible to overstate the role and many contributions of ZEISS technologies in modern science. For example, the Nobel Prize-winning researchers like Robert Koch, the discoverer of the bacteria responsible for tuberculosis, and Christiane Nüsslein-Volhard, whose research gave insights into the mechanisms of early embryonic development, have all worked with ZEISS microscopes. Other notable researchers include Rudolf Virchow (1821–1902), the German pathologist known as “the father of modern pathology” and as the founder of social medicine. More information about Nobel laureates who worked with ZEISS can be found here.

Beginning in 1900, Swedish ophthalmologist and 1911 Nobel Laureate for Medicine, Dr. Allvar Gullstrand started a collaboration with Moritz von Rohr, the head of development at ZEISS. Their work together resulted in the creation of the slit lamp, Katral lenses, Punktal lenses, and eventually in the establishment of both Vision Care and the Medical businesses at ZEISS in 1912.

The earliest model of the slit lamp, known as the Nerst Slit Lamp, was the first instrument to feature slit illumination, and is now a permanent fixture at the Museum of Modern Art in New York City.

Meanwhile, the ZEISS “SL” microscope became an indispensable tool in ophthalmology, dermatology, and gynecology as the first clinically applicable technology that allowed for diagnostic procedures on patients, even those under local anesthesia.

Unlike any other lens of its era, ZEISS Punktal, the world’s first precision eyeglass lens with point-focal images that deliver razor-sharp vision into the periphery for the moving eye, was another revolutionary result of their collaboration. The first generation of Punktal lenses changed the world of eyeglasses lenses forever.

To develop innovative ophthalmo-technology for the benefit of patients worldwide is the core of our company’s activities, as it has been since Carl Zeiss founded his optical workshop in 1846.

As ZEISS celebrates 175 years since its founding, the company is looking ahead to a future filled with breakthrough research and innovations that will change how we see our world.

The development of the OPMI 1, first introduced in 1953 and regarded as the precursor of contemporary surgical microscopes, was based on the optical system of the very first slit lamp.

As far back as 1877, ZEISS had already developed a visible light optical system to view the retina at high magnification.

In 2014, ZEISS announced the development of a laser-guided microscope that allows surgeons to better focus on their work inside the patient, without having to hunch over an eyepiece. Meanwhile, the new ZEISS LSM 880 3D Laser Scanning confocal microscope is designed to provide unprecedented speed and accuracy during surgery while reducing stress for ophthalmologists.

Today, this microsurgical microscope is used in vitreoretinal surgery to solve problems with conditions such as a detached retina and retinal tears.

The ZEISS’ long history of innovation in ophthalmology continues to this day with cutting-edge technologies and application-centric solutions. Recent advancements include the Artevo 800, the first ophthalmic digital microscope, and Forum an ophthalmic data management software created to improve practice efficiency.

The Kinevo 900 for spine and neurosurgery is one of the most recent microsurgery technological innovations. The system integrates robotics, digital visualization, and various assisting technologies to create the most advanced surgical robot available on the market.

From wars, pandemics, and economic crises ZEISS has faced—and overcome—more than its fair share of challenges.

The company subsequently split into two businesses: Carl Zeiss West Germany and Carl Zeiss Jena. The two businesses functioned independently in a divided Germany, where they also evolved separately, but not without competing against each other and fighting over which was the true ZEISS.

After German reunification in 1990, things took a dramatic turn. This is when ZEISS truly understood how vital it was for both East and West to grow again—as one. Both sister companies were subsequently reunited in 1991, bringing to an end one of Germany’s longest corporate litigation fights.

To this day, the company has stayed true to its roots. ZEISS remains a leading optical manufacturer of world-class microscopes, cameras, telescopes, eyeglass lenses, and binoculars – not to mention high-tech components and technologies used daily in research, medicine, and across multiple industries.

The creation of the firm’s first subsidiary in London in 1893 paved the way for the globalization of the company as many new international branches were steadily added.

This process was sped up by the spread of machine tools during the Industrial Revolution, which allowed ZEISS to open factories and sites in various cities around Germany and Europe.

ZEISS in the US

Zeiss Vision first set up a headquarters in the US in 1965, following a partnership with American Optical – the US leader in the ophthalmic field – which allowed it to expand into both distribution and manufacturing.

The ZEISS Vision headquarters in San Diego was established in 2009, and the company set up a subsidiary in South Carolina (ZEISS Microscopy LLC) in 2012.

ZEISS’s presence in the US continues to grow and evolve; the German-based company now has operations all across the US.

Earlier this year, ZEISS Vision US moved its headquarters from San Diego, CA to Hebron, KY. The site of the company’s most advanced lens lab and the home to the first ZEISS Customer Experience Center. This comes after a multi-million dollar lab renovation creating a state-of-the-art and Industry 4.0 production facility using the most advanced robotics in combination with artificial technology. ZEISS has invested in the renovation of their new facility, incorporating high-tech equipment that brings mass manufacturing into the modern age.

The state-of-the-art facility in Northern Kentucky, which is a first of its kind, is designed to help eye care professionals grow and differentiate their business. By combining the latest ZEISS Vision Technologies in a breathtaking retail store concept called the ZEISS Vision Center, eyecare professionals can now offer a truly unique vision experience for patients.

Situated directly next to the Customer Experience Center is the new optical lab which is 100% paperless and utilizes the latest technologies to develop eyeglass lenses that are customized to each patient’s prescription and eyeglass frame.

Working together for a better future

For more than 175 years, ZEISS has been committed to changing the world through cutting-edge technologies, social responsibility, and an unwavering commitment to excellence. In the future, ZEISS intends to maintain its focus on innovation by investing more than 10% of revenues on research and development.  The company currently spends around $1 billion each year on R&D.

Since the inception of Carl Zeiss’ modest Jena facility, there have been numerous milestones and scientific achievements. While 175 years may seem like a long time, it’s likely that ZEISS’ greatest technological breakthroughs and contributions to humanity are yet to come. 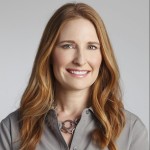 Sara is a marketing consultant who specializes in digital marketing with an emphasis on content (websites/blogs), social, advertising, SEO and chatbots.

One Response to “Celebrating 175 Years in Optics: From Curiosity to Innovation”