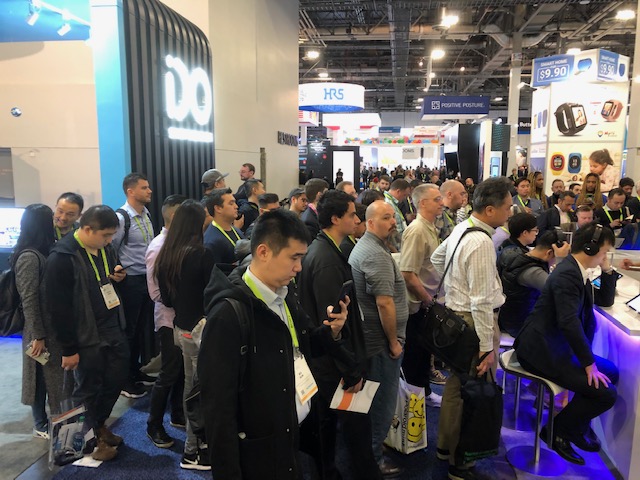 The ZEISS booth continued to be the epicenter in the wearables section of CES 2019 again today.  Over 1200 attendees stopped by the booth, including over 800 attendees who waited in line as long as 30 minutes to experience the UV demo tools and ZEISS video. At one point the line was seven people deep for each of the iPad stations, clearly outperforming all other exhibitors in the wearables section for attendee interaction.

The strong level of interest by attendees attracted media from around the world as Andrew Hyncik, VP of Marketing and Steven Haifawi, Senior Director of Customer Service and VTS both conducted multiple interviews for print and electronic media. In addition, Andrew held a Facebook Live session with Dr. Iravani of Silicon Valley, who was in town to visit CES, and experienced the onslaught of attendees to the ZEISS booth first hand. 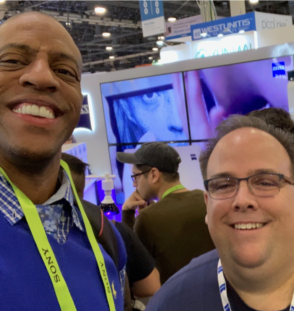 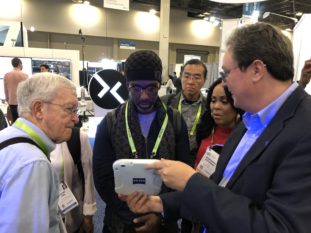 The celebrity buzz also continued as Shawn Stockman of Boyz II Men and former NBA player Jerome Williams both stopped by the booth to learn about the UV protection gap and use the ZEISS C-UV400 tablet.

This site uses Akismet to reduce spam. Learn how your comment data is processed.