This post is the first in a two-part series.

Hosted agents are good to start but as soon as your team grows, then you have to face long queue time for the build and release. If the free tier doesn’t meet your needs, you can still buy an additional parallel job with unlimited minutes which costs €33.74 per month.

There is another option where you set up and manage your own agents. This can be done by simply downloading the agent package, and run it either on your local machine or any other computing platform even on Docker container. It also gives you more freedom to install specific dependencies for your build and release.

The main disadvantages of the Hosted agent are maintenance and scalability. For instance, if you are running your agent as a docker container or directly on VM you need to make sure that the agent is not filling up disk storage.

Why not standard Hosted or self-hosted Agent

As mentioned before, we own an Azure DevOps account that contains multiple private projects. By default, Azure DevOps offers a hosted agent with one free parallel job.

We started with provided free tier hosted Agents. As there was only an agent with one parallel job, we suffered a lot from long queue times. We bought a few more parallel jobs but actually, it was not that helpful as our account was hosting around 30 projects.

As a quick workaround to reduce this long waiting time, most of the projects started setting up their own VMs and running multiple self-hosted agents as Docker containers. This enabled us to have more than one concurrent jobs running. The drawback of this solution was that almost every project was running their own VMs (not very cost-effective as VMs where mostly idling) and increasing maintenance overhead as well we slow scaling when new agents are needed (new VMs had to be set up etc.)

This leads us to implement something out-of-the-box which could be cost-effective, easily scalable and can be shared among multiple projects. We finally came up with the idea of On-Demand Agent to manage such build/release agents using some kind of outer orchestration and Kubernetes(to be specific AKS due to Microsoft Stack) was the easy choice.

The basic idea was to create a pod running as an agent for each build/release job to ensure clean and reliable agents all the time.

Note: On-Demand Agents come under the self-hosted agent category but the lifespan of such agent is specific build or release.

How does it work

Before proceeding with more details, it is important to understand the components which we are going to use in our On-Demand Agent Infrastructure on AKS.

We follow approach described above, where we have dedicated agent pools for projects that have high development activity, which will lead to more builds and releases. At the same time, we have a common agent pool, which is being shared for small projects or for prototype projects.

To incorporate on-demand agents with Azure Pipelines we need to split our existing build or release jobs into 3 phases:

Important: We need to preserve the sequential order which we specify for the phases as every phase is dependent on the previous phase.
For instance, the Build or Release phase depends on the Spin up Agent and its success. Moreover, Delete Agent follows the above sequential order but will continue to run on an error: continueOnError: true

This can be achieved by specifying dependencies.

As we have just covered the most theoretical part of our On-Demand Agent. In part two of this series, I will further deep dive into underlying infrastructure, tooling, and integration with Azure Pipelines.

[Update] Part 2 has been posted! 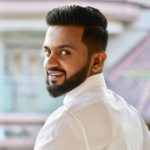 Cizer is working as a software engineer with focus on infrastructure. He joined ZEISS Digital Innovation Partners in October 2017. His current focus is on CI/CD, infrastructure and related automation topics.