My thoughts are lost

on a sky-kissed wind, aloft.

With this wonderful journal entry, Esther conveyed her passion for birding and, during a call with the judges, demonstrated her knowledge of birds, conservation and the natural world. Esther can now look forward to receiving a Cameron Bespolka scholarship, which will see her attend the Cornell Lab of Ornithology’s Young Birders weekend in Ithaca, New York.

Stephen Menzie, Editor of British Birds and member of the BBRC said: ‘Esther’s entry really highlights what this award is all about – sometimes, the most memorable and most personal observations can be made close to home with a species that we see every day. By taking the time to really observed the bird, the encounter has become much more than ‘just another Swallow’. Esther’s passion and bird-watching skill really shines in her submission.”

“It’s wonderful to see the passion, knowledge and aspirations of these young naturalists. We are thrilled to partner with ZEISS, Cornell, BBRC and British Birds for these awards. It’s very exciting that one UK youngster can experience and learn all that Cornell Lab of Ornithology can offer when attending their bird weekend in Ithaca, New York. This course will give them a trip if a life-time and an opportunity to learn from eminent ornithologists. By creating opportunities to get young people involved, it’s a wonderful way to connect them with wildlife and nature.“

We all know that bird identification can be very challenging, especially when you are a beginner; but a passion for the subject is fundamental: Muhummed Hussain, aged 11 from Preston, won the prize in the 6–12-year-old category with his descriptive story about a day out birding. Muhummed is fortunate to have seen more than 174 species at the time of writing this story:

We arrived at 5:00 in the morning in hopes of catching a glimpse of the rare Black-Browed Albatross. We talked to some birders who said they’d seen it from Staple Newk Viewpoint not too long ago. We headed straight down there when I spotted a Linnet as it yipped away in a bush. Not too long after, a Meadow Pipit showed brilliantly on a post before parachuting down. We continued down the rough track when we came to a sudden halt. Less than ten meters away was a female Roe Deer on the hillside opposite. In the meantime, we ignored all the seabirds and just targeted the albatross. When we arrived, we met a man who said he’d seen it briefly a few minutes ago. We waited for just a few minutes when a huge bird with black wings and a black brow appear right in front of us. Luckily, within just a few minutes of arrival, we’d seen the Albatross. It is thought to be the only Albatross in the Northern Hemisphere. They should be in the South Atlantic but has somehow made it into the North Sea. It has been in the North Sea for more than seven years. It was seen being chased out of Denmark by five White-Tailed Eagles before it was seen here. It has been a Bempton Cliffs for two years (appeared in June 2021) though it did disappear in the Winter. It soon headed out to sea. We saw a Grey Seal surface above the water before dipping back down. We then viewed the other seabirds. A shag kept flying below us and fulmars occasionally flew right in front of us. Kittiwakes could be heard calling; Gannets landed less than two meters away and Guillemots surfaced the water in huge number and nested on what was often called the “Elephant’s Head”. Puffins occasionally flew by, giving close views of their beak and face whilst a pair of Razorbills had nested really close with eggs. We then headed to the cafe deck where I saw my first Sedge Warbler of the year. We asked an RSPB staff member about Corn Buntings so he said he’d alert us when one was spotted. Soon enough, another RSPB staff member came on deck to tell me that the man had seen some. I legged it as fast as I could to go see them and luckily, I managed to catch them flying. We then went over to Staple Newk to see the albatross again. I looked through a ladies scope and saw it. A tiny speck in the ocean is what it looked like. It had lost all of its magnificence. We asked somebody where to see some of the warblers and yellowhammer. He mentioned the Dell, a part of the reserve in the car park. We headed over their and soon after came across a Lesser Whitethroat as it sung away on the top of the bush. We continued farther and met Trevor and Will Scot who showed us a Garden Warbler as it flew in a hedge, being chased by a female Blackcap. We waited for a bit and then managed to see the Black-Browed Albatross for a final time as it flew over Grandstand Viewpoint. What a cracking bird to end the trip! We then headed to St Aidan’s which will be featured in another post.

Blog details of his adventures as a birder: juvenilebirder.blogspot.com

Benjamin Rumsby, aged 15 from Essex was lucky enough to find a Greenish Warbler. He impressed the jury with his detailed description:

It was late August and we had spent a weekend at Flamborough Bird observatory in hope of seeing some rare passage migrants. Over the weekend there was a few greenish warblers popping up on the east coast and my friend Mark had challenged me to find my own.

Over the weekend we manged to catch up with some nice birds such as pied flycatcher and barred warbler but never managed to find something myself. On the last day I persuaded my family to stop at Flamborough Head before heading home to Essex to get a couple hours in birding in the morning.

We walked about the head, checking bushes the cliffs and out at sea but was not able to find any migrants that stood out. As we were leaving soon dad said that we would get something to eat before leaving for home.  We sat down at the table, and I quickly chose a late breakfast, then rushed out with scope in hand to scan the bushes and area outside.  I was lucky to stumble upon a mixed warbler tit flock- the first sign there may be something about. There were several birds hopping around such as blackcaps, common and lesser whitethroat, chiffchaff, willow warbler and more unexpected 2 garden warbler into addition to many tits and occasional finches picking out what I presumed were insects.  I had a good feeling about this flock, but my phone rang calling me in for food and again I had no luck.

I quickly ate and then said that I was going out again getting in those final few minutes before I was forced to leave to go home.  I was scanning the bushes near the bunker and a one of the first birds I saw was a small pale green warbler that popped up and then disappeared.  The colour markings did not look like a Chiffchaff and something in my mind made is stand out.  It then jumped about again for a few seconds and could see a striking eye stripe and wing bars, ‘GREENISH WARBLER’.  The hairs were standing up on the back of my neck and I was shaking trying to keep the scope steady.  My dad had come out of the cafe and was walking over, I called him frantically, he ran over and caught a glimpse before it again disappeared.  It was too quick though to get a photo, so I had no evidence of what we had just seen.

I was looking for another birder to confirm the identification, no-one was about, then I saw an older couple going into the cafe, ran over asking them if they wanted to see a greenish.  They accepted willingly and walked over.  As my dad also confirmed I put the news out of twitter but still had no evidence other than our word. Within 10 minutes there was a growing group of birders all looking.  I walked around with someone else where we were lucky to catch another glimpse and I managed to get a quick photo before it disappeared again. This allowed me to get the evidence I needed for it to be confirmed then sending out a photo of the bird.

My mum and brother came out of cafe and were surprised at the small gathering that had grown, all with their scopes, cameras, and binoculars.  They were asking what it was around, and my dad explained that a rare greenish warbler was around in the bushes somewhere but hadn’t been seen for a while since I got the photo. One of the members of the observatory arrived and I showed him the photo that I took, confirming the bird and he said that it was ‘great find’. It then wasn’t seen again until the late evening where others relocated the presumed bird further along in the cottage gardens but overall was a really hard bird to see with only a few people seeing it.

This is my best bird that I have found in the past year, though there was a pair of Savi’s Warblers that I joint-found local to me but that is a different story.

Stephen Menzie said: “I was looking for three things when judging this award: observation, detail and passion. Benjamin’s entry shows all three of these things, with skillful observation of the bird, an eye for detail when it comes to the identification of this scarce species, and a clear passion for not just the bird but for the whole situation.”

We would like to thank every entrant for their participation. Along with the fantastic winning entries, we received a number of other wonderful submissions, some of which are shown below:

And we would like to encourage you to check out the youtube channel Birding with Levi, hosted by Levi Gravett (11) https://www.youtube.com/watch?v=WulyPrZGcnc

This Award aims to encourage young people to become more involved with birds and wildlife, hopefully leading to a lifetime as ambassadors for conservation.

The awards were completed with an ID Masterclass workshop at the ZEISS stand Global Birdfair, where ZEISS Ambassadors and jury members gave bird identification tips and taught them how to take notes.

We are thrilled and would like to thank all entrants for your submissions. Watch out for next year! 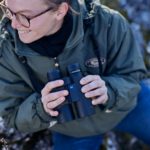