More discoveries in your garden.

Outside, nature is exploding with this sunny weather, and we sit more inside than usual. Experienced birders know their lonesome piece of forest to enjoy nature as good as all days.  Kids learn much at home at the moment. Lucky are those with a big garden. But birds you may watch also from the balcony or through the window.

That is a practical biology lesson for the whole family. In USA there is an own category of birdwatchers, who calls themselves „backyard birders“. Directly behind the house there is already a lot to discover. Who is lucky, observes migratory birds at the moment.

WHO IS LUCKY, OBSERVES MIGRATORY BIRDS.

Most cranes with their spectacle, their beautiful formations and their loud bird calls already passed Central Europe. When a big flock of cranes raises into the air and finds its formation after having rested, you hear it in the whole surrounding. Very beautiful to watch at the moment are the Red Kites. They glide alone or in twos through the air and turn elegantly. With their forked tail and the rust red underside they are easily to distinguish from other birds of prey. Thanks to their manoeuvers in the air they show their tail in different angles. Red Kites just convey zest for life and good mood.

The perfect time to come back is it as well for the nightingale. It returns from its 5,000 km distanced wintering grounds. Inexperienced birdwatchers have hardly seen it. During nights we can hear it across long distances, but it also sings during the day. But as it is not very sociable, it hides in the thicket and bushes. From its nearly related species like robins the nightingale distinguishes by its rather unpretentious brown feathers with the rust read tail. We still may wait for the cuckoo. It usually returns from mid of April from its thousands of kilometers long way from Africa, south of the equator.

The most joy for life we well still experience when we see a White Stork. This species we perfectly may watch in settlement areas and cities. Its breeding season just start or the pairs prepare their nests on steeples or other high places already. From April to August there will be many small White Storks, who have up to 35 years life expectancy before them if nothing happens.

But we should also spend our awareness to those species, who stuck to us during winter or just have covered short routes. If you still have wood and tools in your cellar, you just could build a nesting box after introductions from the internet. Anyhow, who builds a small whole for Blue Tits, easily finds great tits there. They just peck open the whole that it fits for them. The tits, robins, Black Redstart and nuthatch are easy to identify and may be discovered with our painting templates. As early practice makes a precise birder: in the woods, in the garden or through the window and on the balcony.

In the United States and Canada, Tree Swallows and Purple Martins are ready to make their new homes and raise their young in nest boxes. Orioles and Tanagers will soon start seeking nectar, fruit, and berries from native trees and bushes. Hummingbirds will arrive from their winter grounds in the south and begin frequenting flower blossoms and nectar feeders. And, although warblers aren’t known for visiting feeding stations, birders with tall trees in their backyard across might spot one hunting caterpillars in the canopy. 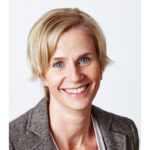 Michaela Sulz is a passionate birder and blogger for ZEISS Nature Blog.