In the second part, we saw how a mock framework (in this case Moq) can be used to modify an application in such a way that certain interfaces are mocked for testing and thus cannot deliver errors.

In this part we will create a self-programmed mock application and will access it with our hero database. For this we use “Docker for Windows”, which can be used since Windows 10. Before Windows 10 you had to use Hyper-V, for example to simulate a Linux machine on which you could run containers via docker. With the latest operating system from Microsoft, this procedure is also possible on Windows. You can download and install the latest version at Docs.docker.com. The downloaded installer prepares the system for Docker.

With Docker we start our hero database – as well as the APImock application that we will be building shortly. With the Postman we will then make a POST request that runs in the APImock via the hero database.

Visual Studio has an extension that enables support of Docker. When creating a new project we can check the box in the template window to combine the project with Docker for Windows. We also use the Web API template to avoid having to create a completely new project.

We can now run the Docker commands at the same time in Windows PowerShell to get our current images.

The images can be uploaded to a repository similar to GitHub for version control and access from multiple workstations. To do this, modify the image tag to match the repository name and upload it using the push command.

Since the Web API template was used, the four standard REST commands (GET, POST, DELETE, PUT) are already pre-generated in the controller class. We delete all functions except POST, because this is supposed to be a “trivial function” for the mock.

So now we have an application that has only one function and does not do anything else. The basic idea for this interface is that the database API sends the hero name to this application to get the item configuration for that hero. This means that the PostMock() function is executed on a POST request and the supplied hero name would use the algorithm for the request. However, here instead of an algorithm a fixed string is used, which always returns the same answer to each request. This ensures that no errors will come from the new application. This also ensures that this interface works as desired.

In the hero database API a POST function has been implemented which forwards the request for the hero name to the APImock. For this purpose the WebClient class is used, which is filled with a string (hero name). This is then forwarded via the function of the class UploadValues().

If we now make a request with the postman to the route “api/Heroes/MockItems” of the Heroes Database API, it is forwarded to the APImock and we see the answer for the hero “Maria”.

The unmocked application would in this case list the appropriate equipment for the hero “Maria”. However, since this is a mock, the return string “sword” matches the fixed variable we set.

So now you can test all functions that use the interface to the APImock without expecting errors from the APImock.

Now we have seen three different ways of using mocks:

I hope I could give you a little insight into the world of mocks. 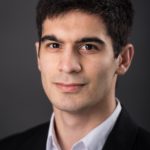