November 30, 1954: A melon-sized black rock crashes through the roof of a farmhouse in the small township of Sylacauga, Alabama (USA), bounces off a large wooden console radio, and hits a woman by the name of Ann Hodges while she is napping on her couch, leaving her with a serious bruise. While it sounds like science fiction, this was a true event. The fallen meteorite was first confiscated by the Sylacauga police, who turned it over to the United States Air Force. While both the meteorite injured victim and her landlord fought over ownership of the meteorite, it was finally donated to the Alabama Museum of Natural History in 1956. Sixty-five years later, what is commonly known as the Hodges Meteorite or Sylacauga Meteorite, is still the subject of scientific research.

Dr. Julia Cartwright, Assistant Professor at the University of Alabama (USA), is studying the Sylacauga meteorite.

She submitted stunning polarized microscopy images of this meteorite and many others for our 2021 ZEISS Microscopy Image Contest. But there is a lot more: With her research she is tackling some of the biggest questions of our Solar System.

Why study the Sylacauga meteorite?

I had heard about the Sylacauga meteorite before I moved to Alabama – it’s world-famous as being the only meteorite recorded to have actually hit someone, so it’s pretty ‘out-there’ in terms of meteorite folk-lore.

Of course, once I started working in the state, I had to see it, and was granted access to the sample by the museum, which has been great. It is pretty well-known as a special rock amongst the University of Alabama community as well, and so I’ve been able to show it to undergraduate and graduate students in my department.

As a meteorite, it has a lot of variability in terms of the chondrules that are present, and I’m interested in learning about how these melt-droplets condensed out of the Solar Nebula, and subsequent formation processes. Note that chondrules represent some of the earliest phases to have condensed from the solar nebula, so we are talking about the ingredients for planet formation.

This ordinary chondrite is chocked full of chondrules. These spherical phases represent some of the first materials to have crystallized out of the Solar Nebula as our Solar System was forming.

How does microscopy support your findings?

One of the first things that you do in my field with a new meteorite sample is to get it sliced and sectioned, and to subsequently look at it under the microscope. From there, as you look down through the objectives, you can start to uncover wonderful textures and crystal shapes. In some way, you are looking at things that have possibly never been seen before, that formed billions of years ago. These rocks, wherever they are from, contain important clues about the processes that made them, and microscopy is the first investigation point for me and my research group. They say that a picture can tell a thousand words – sometimes I feel that an afternoon in the lab can create the equivalent of a novel.

Microscopy for me is the building block from which the rest of my science is able to grow and flourish.

I also feel very fortunate that I am able to look at beautiful images of meteorites as part of my research.

What is your research about – apart from Sylacauga?

I am interested in the study of meteorites to better understand the formation and evolution of our Solar System. My research approach is to use multiple techniques to characterize extra-terrestrial materials either in terms of composition or in terms of chronology. One of my main specialties is the analysis of meteorites using noble gases and halogens and chronology studies. More recently, I have been working on overall compositional studies of meteorites at micro- and nanometer- scales.

I am also really interested by the processes that occur on planetary bodies – ranging from how primary magmas formed the igneous textures we see in meteorites, to what impacts on planetary surfaces do to brecciate materials and create complex materials.

The above images were taken of howardite meteorites. These meteorites are believed to originate from the asteroid (4) Vesta. They are achondrite meteorites – as Vesta went through the processs of differentiation, which is a planet-forming process that causes things to melt and layers to form – as we have on the Earth. Howardites represent materials that come from the upper layers of Vesta, and some show properties that suggest they are from the regolith of the asteroid.

These samples were curated by NASA, after collection by the “The Antarctic Search For Meteorites (ANSMET)” program. I requested sections of these materials, and was loaned them for my research.

Which questions do you still want to address with your research?

There are so many questions about meteorites that remain unsolved and the Solar System is a pretty big place, so that’s a little hard to answer. I think that in the short-term, I remain interested in the impact flux in our Solar System, and whether we see the same effects and range of impact dates on other planetary bodies. I’m also interested in how things began and have a couple of projects looking at how chondrite meteorites formed. These meteorites contain phases that represent some of the earliest materials to have precipitated out of the Solar Nebula, so we are talking about understanding massive processes by looking at things that are < 1mm in diameter. At the other extreme, I am interested in exploration, and understanding planetary regoliths has some real-world applications, especially if we plan to colonize parts of the Solar System in the near future. We will need to know something about what the surfaces look like in order to learn about whether we can use the materials that are present. I’ve started some research on in situ resource utilization, and one of my undergraduate researchers is currently making bricks in the lab using meteorite analogue materials. In all of these projects, I am reliant on observational analysis, and you will find me trying to answer some of these questions while sat at my ZEISS Axio Imager. 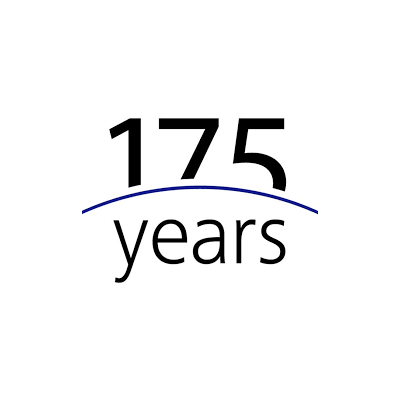 The ZEISS Microscopy Image Contest is an annual competition held by ZEISS for images taken with a ZEISS microscope. The winners receive ZEISS binoculars. With this image contest, ZEISS is celebrating the work of researchers using microscopy in various application fields. Microscope systems, analytics and imaging capabilities all play a role in meeting many of our society’s most pressing challenges related to climate change, energy, health and food. Image submission for the ZEISS Microscopy Image Contest 2022 is open from April 1 – May 15.