Researchers have, for the first time, recorded how cells of the epidermis behave during the regrowth of adult limbs after amputation. In the study published in the journal eLife, the team from the Institute of Functional Genomics in Lyon (Institut de Génomique Fonctionnelle de Lyon, IGFL), France, carried out continuous live imaging of a regenerating leg in the crustacean Parhyale hawaiensis, a close relative of the common sand hopper. Live imaging was performed with a ZEISS LSM 780 confocal microscope and ZEISS Axio Zoom.V16. Parhyale hawaiensis was introduced in 2014 as a model for regenerative studies in a Science paper co-authored by Michalis Averof, Director of Research at IGFL and senior author of the current study.

Parhyale hawaiensis is well suited for imaging limb regrowth. The animals have relatively rapid limb regeneration, requiring as little as one week for young adults to fully regrow their legs. Also, their tiny limbs enable us to image the regeneration process in unprecedented cell-by-cell detail through their entire thickness.

To record the regrowth of the Parhyale hawaiensis leg, the team used genetically engineered tools to label the limb’s epidermal cells using fluorescent proteins. They then used microscopy to take continuous live recordings over the first days of regrowth, with the fluorescence in the cells allowing them to capture their individual activity. “Using this method, we identified a specific sequence of events and cell behaviours that unfold during limb regrowth,” says first author Frederike Alwes.

The study also showed for the first time that there are no specialised stem cells for regenerating the epidermis in new limbs. Instead, most of the leg stump’s epidermal cells divide and re-arrange, contributing to new segments in the leg.

Traditionally, insight into cell behaviour during limb regrowth has been gathered by imaging fixed samples and attempting to fill in the missing pieces, due to the difficulties in tracking cells during regeneration in active adult animals. With the ability to track the movements and behaviour of single cells individually through time, we now have the means to understand the cellular dynamics of the regeneration process, which could not have been reconstructed from fixed material.

“While our paper focuses mostly on the behaviour of epidermal cells, we now plan to extend this work to include all the different cell types that are involved in limb regrowth. The ultimate aim of our research is to explore how some animals can respond to a severe injury by regenerating an entire body part that was lost.”

Based on original article by ScienceDaily, October 25, 2016. 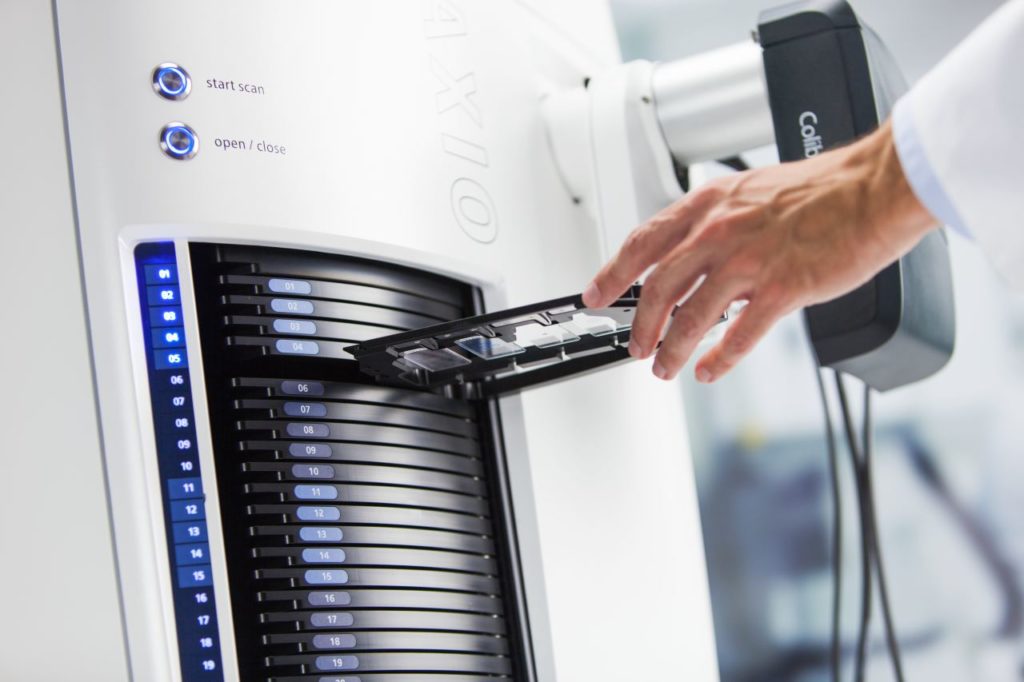 Harnessing the power of the community for digital pathology applications with ZEISS Axio Scan.Z1

Imaging the Cytoskeleton to Understand Schizophrenia 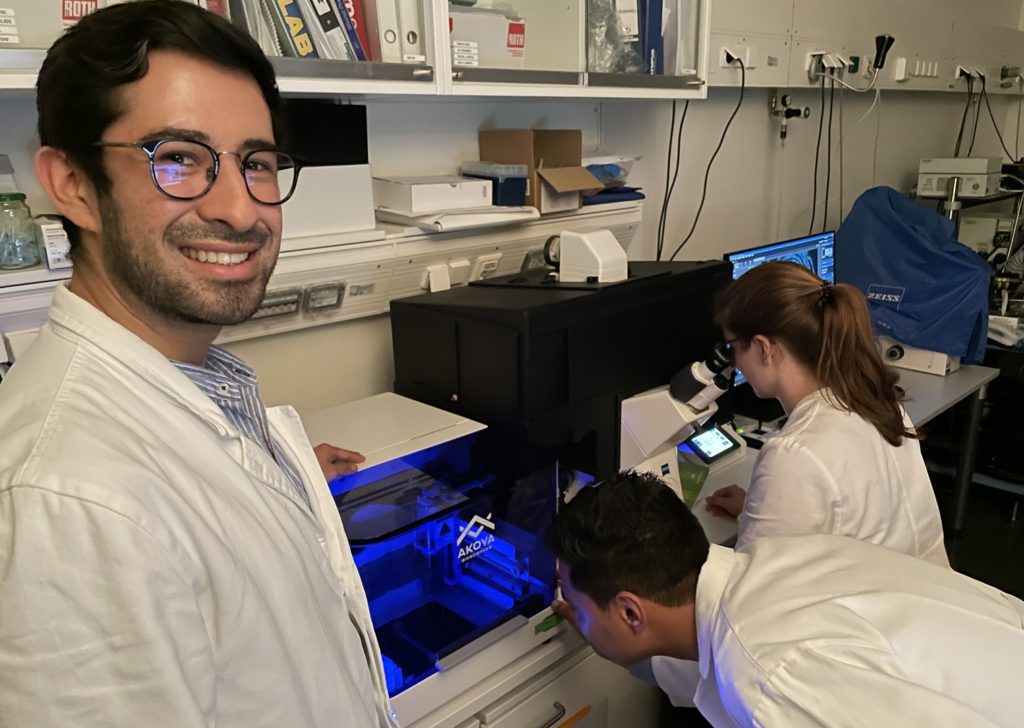 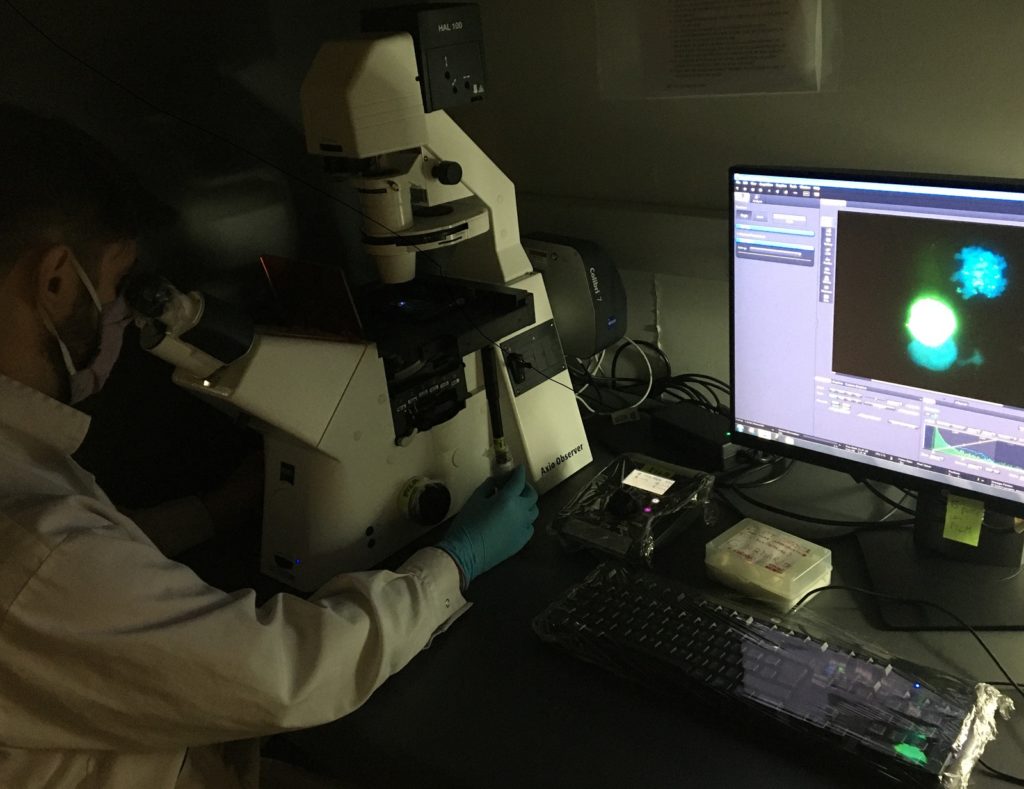 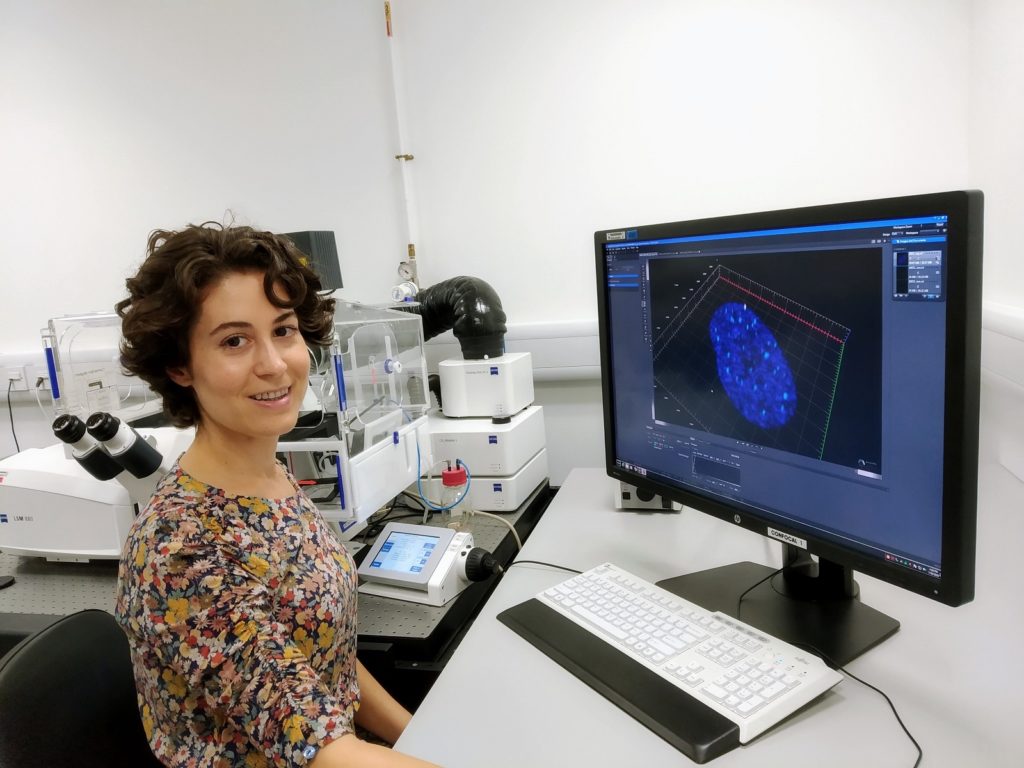 Microscopy at the MRC-University of Glasgow Centre for Virus Research