Asteroids and comets both formed from the disk of gas and dust that once rotated around our young sun, but they aggregated at different distances from the sun, affecting their chemical makeup. In comparison to asteroids, comets contain larger fractions of water ice and far more carbon.

Meteorites were once part of larger bodies, asteroids, which broke up due to collisions in space and survived the trip through the Earth’s atmosphere. Their makeup can differ substantially from meteorite to meteorite, reflecting their varying origins in different parent bodies that formed in different parts of the solar system.

By studying a meteorite’s chemistry and mineralogy, planetary scientists can discover details about its formation as well as how much heating and other chemical processing it experienced during the solar system’s formative years.

Using the only Spanish international repository of NASA’s Antarctic meteorites at the Institute of Space Sciences (CSIC-IEEC), an international team including researchers from the Institute of Space Studies of Catalonia (IEEC) at the Institute of Space Sciences (Spanish National Research Council-CSIC) studied a meteorite called LaPaz Icefield 02342, which was found in Antarctica in 2002. It is a type of primitive “carbonaceous chondrite” meteorite that formed about 4.5 million years ago, just beyond Jupiter. The research team was able to show that the encased material likely originated in the icy outer solar system where many comets originate. The respective study is published in Nature Astronomy.

Carbonaceous chondrites come from transitional bodies, a category falling between asteroids and comets. Given that their sizes are typically smaller than a few hundred kilometers, such bodies never melted or suffered internal chemical differentiation which happened to the planets. The materials that make up these objects are usually fragile and often do not survive the transit of tens of millions of years that transport them from their parent bodies to the Earth orbit. If they do, they fragment and volatilize when entering into the atmosphere at hypersonic velocities. Precisely for this reason, ultracarbonaceous materials such as those discovered are extremely rare and have only been identified as micrometeorites.

A ZEISS Axioscope microscope is one of the stellar instruments available at the Meteorite Microscopy Clean Room of the Institute of Space Sciences (CSIC-IEEC). We dedicate many hours to working on preparing high-resolution mosaics of undifferentiated meteorites that never melted, like the materials that finally formed planetary bodies, subjected to igneous processes and differentiation. The most amazing thing is having thin sections of materials through the microscope that were floating around the sun about 4.565 million years ago, while it was forming part of the protoplanetary disk.

Our ZEISS microscope has provided hundreds of mosaics that are, in fact, the very first step to understand the composition and properties of each one of these meteorites. During the last decade, we have concentrated on carbonaceous chondrites, extraordinary meteorites that are coming from carbon-rich asteroids, some of them strongly hydrated. The meteorites reaching the Earth’s surface contain the materials that acted as building blocks of planets and contain the clues on the delivery of organic matter and volatiles to Earth and other rocky planets, formed under much dryer conditions due to the high temperatures in the regions closer to the sun.

The recent study published in Nature Astronomy has opened the door to the investigation of other fragments of comets in carbonaceous chondrites, but the task is enormous as many of these meteorites were altered by water when they formed part of asteroids. During such an alteration process, the evidence could have been lost. Consequently, the discovery of other relics requires similar conditions to the progenitor asteroid of LaPaz 02342 meteorite, which underwent aqueous alteration, but fortunately, it was neither extensive nor homogeneous. This quite moderate aqueous alteration led to the preservation of the unique properties of the cometary clast discovered. Many objects in the solar system have a very different composition to the meteorites usually available in terrestrial collections. Carbonaceous chondrites, such as La Paz 02342, constitute a fossil legacy of the creation of the planetesimals in their interior and are capable of preserving unique samples of other objects much richer in the organic and volatile matter, known as comets.

This discovery is part of the National Astronomy and Astrophysics Plan project (AYA-2015-67175-P) for the study of primitive materials preserved in meteorites led by Josep M. Trigo-Rodríguez. Carles E. Moyano-Cambero and Safoura Tanbakouei, from IEEC at ICE (CSIC), have also participated. The international cooperation has been led by Larry Nittler from the Carnegie Institution for Science, in collaboration with his Carnegie colleagues at Conel Alexander and Jemma Davidson, as well as Rhonda Stroud and Bradley De Gregorio of the U.S. Naval Research Laboratory.

ZEISS Optics Have Landed on the ISS 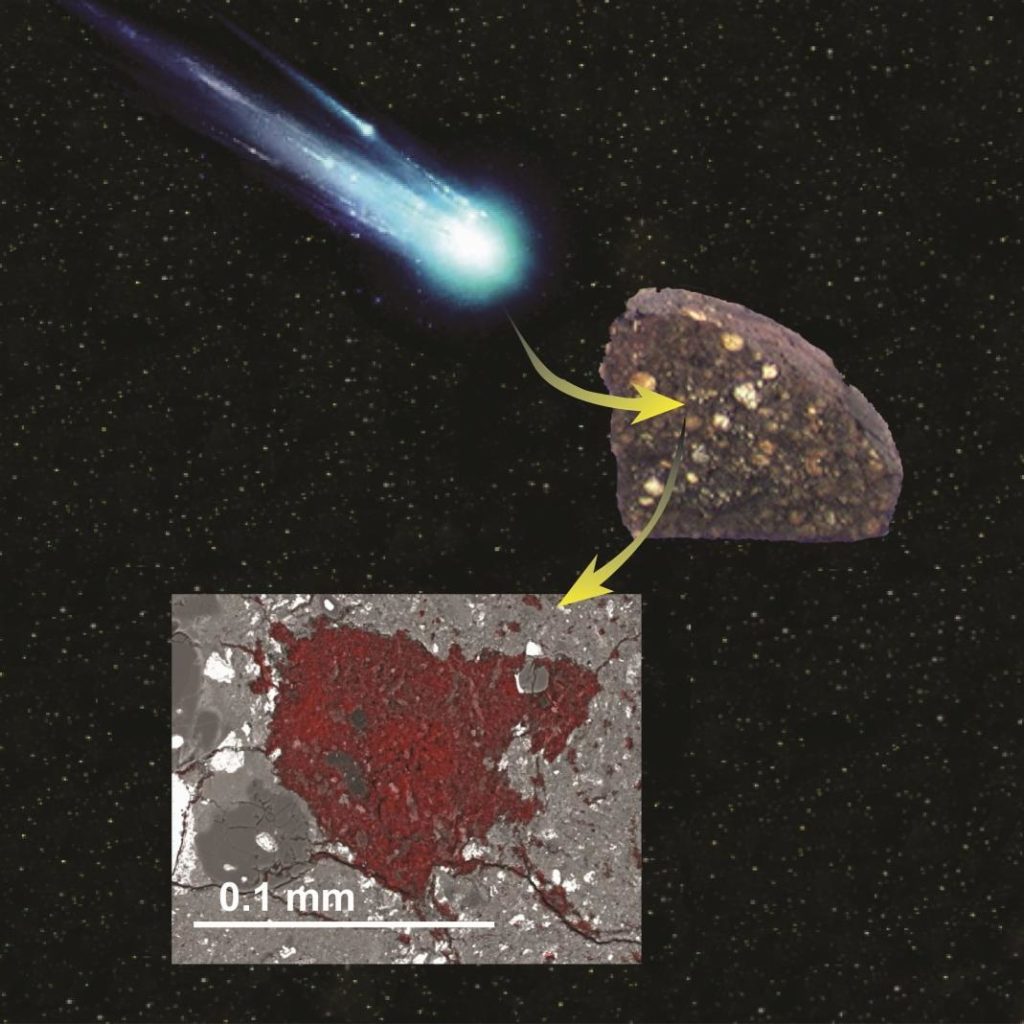 Meteorite Hides a Fragment of an Ancient Comet 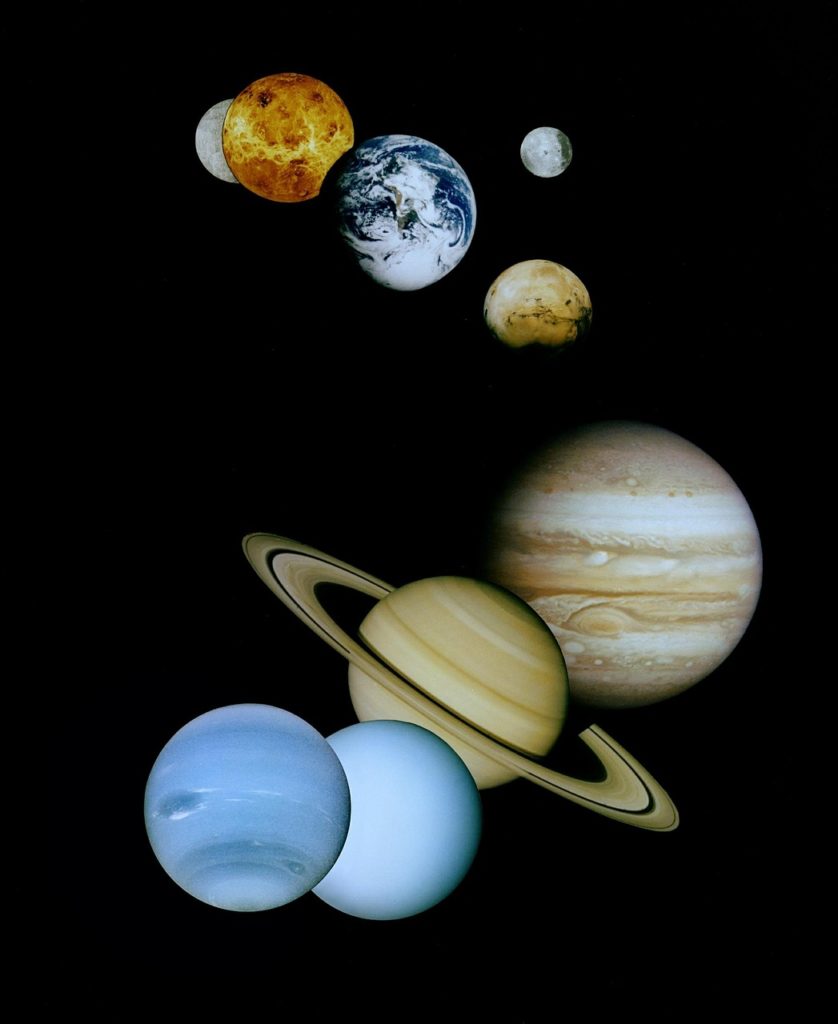 Deciphering the Story of the Solar System 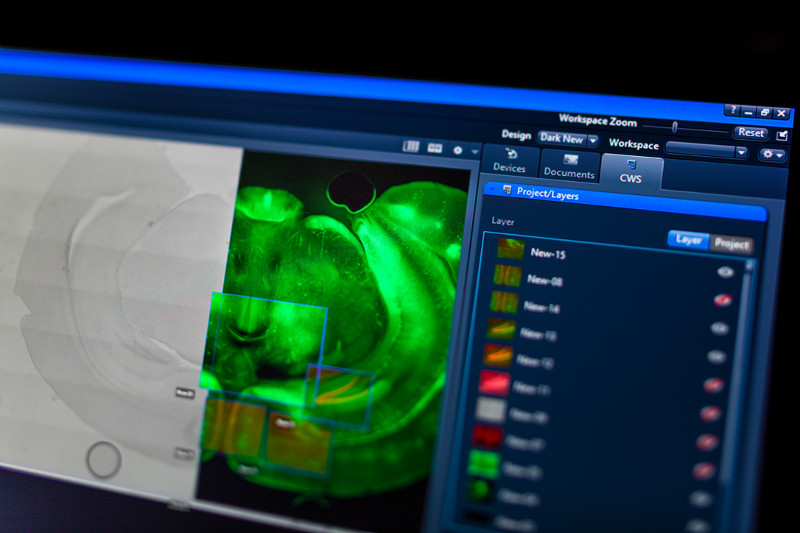