The central objective of each style guide is to ensure a consistent appearance and a consistent user experience (UX) across multiple applications. For this reason, there are detailed specifications for applications of the ZEISS Group as to how a user interface (UI) should look and behave. Any application that is to be published and used commercially must comply with these requirements.

Figure 1 illustrates the complexity and the manifold states that hide behind even very simple UI elements. The efforts for the correct implementation of such states are usually hidden and are often overlooked during application development or given lower priority compared to the implementation of functions.

With an advanced project duration, small deviations from the style guide accumulate, which quickly deceive the overall picture. Other classic examples of such UI errors are:

Although such deviations can usually be corrected quickly, extensive creation and acceptance processes often result in disproportionate effort for such comparatively small adjustments. If there are also misunderstandings or misinterpretations of the design specifications and several feedback loops are required, this is a negative experience for all involved.

In order to correct such small UI errors more effectively and efficiently and thus improve the product piece by piece and adapt it to the style guide, we have created and established an uncomplicated form of collaboration.

Pair Programming with Specialists for UI/UX

Pair programming has been successfully used within the development team of our project for a long time. It promotes collaboration and the quality of the code through the four-eyes principle. Two people from the development team work simultaneously and directly on the program code. Through discussion, criticism and the introduction of new ideas, high-quality code should be generated and development time saved.

We made use of this principle in the project and expanded the circle of participants to include specialists for UI/UX in order to be able to give developers direct feedback on their adaptations to the user interface. The requirements and requests for changes to the user interface are communicated by the experts for UI/UX directly in the appointment and the changes are checked instead of documenting them in the backlog and waiting for them to be implemented correctly at some point. The people who specialize in UI/UX include those responsible for the user interface specifications, who are significantly involved in the development of the Figma UI design.

The regular exchange in this circle is called UI Dev session or simply Dev session. The whole thing works very well in a decentralized way in mobile work, because thanks to Microsoft Teams and its screen-sharing function, all participants can see the changes to the code and the user interface at the same time.

To create a framework for pair programming, we have created the following “rules of the game”:

The edited and solved UI errors should be documented after the UI Dev session and made available to the project team. This allows each project member to see what changes have been made in which UI Dev session. In addition, it is a good idea to present the topics covered in the Sprint Review briefly to the entire project team.

Whether clear deviations from the style guide, optimizations after usability tests or other minor adjustments to the user interface: The procedure described in this article for conducting a joint UI Dev session with developers and UI/UX specialists promotes team collaboration and can solve UI errors quickly and efficiently. The documentation effort should be reduced to a minimum and the time required for implementation should be clearly defined. Through iterative implementation of the UI dev sessions, the list of UI errors is processed piecemeal, whereby the project team raises a mutual awareness of such issues.

The UI-Dev Session is now a proven tool in our project and an integral part of every sprint. My colleague Franziska Kubitz will describe a detailed experience of our project in the second part of this blog article series. 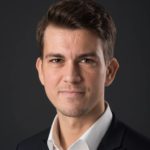 Mario Barleben has a master’s degree in media technology and works as a business analyst for ZEISS Digital Innovation. His technical focus is on the area of usability and user experience. Currently he works on user-oriented software solution development in ophthalmology.