In an earlier blog post, I introduced the Custom Usability Index. The index allows you to monitor the usability in software development projects. In this blog post, I would like to further elaborate on this, and to explain the steps necessary to use the CUI.

The above diagram illustrates how the CUI is used in the course of the project, and constitutes the basis for the following observations.

Target state of the categories – Make a wish!

At the start of the project at the latest, the required target states should be defined for each of the CUI categories, i.e. the responsible stakeholders have to specify what they deem to be the optimal state. This state can be different for each project, as shown by the following example. Let us take the category of customizability. It means that the system is sufficiently flexible so as to facilitate different approaches to the way a task is executed. The user must be able to adapt the system according to their previous experience, culture, and requirements. The optimal state could then be described as follows:

Because of the different optimal states in the above example, reaching the highest possible rating is easier in project 2 than in project 1. When describing the target states, it is advisable to involve the actual users, such as the company’s department for which the new application is to be developed. This ensures that the usability requirements are not pulled out of a hat, and that the actual application is perfectly tailored for the end user’s needs. A general rule of thumb in this context: The more specific the description of the desired state, the better the evaluation results will be!

CUI prioritization – Everything is important, is it not?!

When the target state has been defined for each of the CUI categories, the following problem often arises in practice: the resulting catalog of wishes is extensive, and the client in charge is worried about high costs, or they may pursue different economic goals in developing the system. To take this aspect into account, the CUI categories must subsequently be prioritized. The following questions help with the prioritization:

The questions listed in the table above constitute a guideline for the usability expert in the interview with the client’s representative. The client’s responses need to be translated into numbers. The Fibonacci sequence (1, 2, 3, 5, 8, 13, …, as required) is used for the CUI priority. The higher the number, the more important the category is for the project.

If the client has trouble making a concrete statement as to the significance of the categories, the Magic Estimation method, which comes from the agile approach, can be useful. Here, the individual categories are briefly introduced and then arranged by significance. The comparison often makes prioritizing easier.

Yes! Now that the prerequisites in terms of content (target states of the categories) and business (CUI prioritization) have been fulfilled, the first usability tests can be carried out. All the stakeholders involved have automatically been made aware of the issue of usability, and (hopefully) they are enthusiastic. 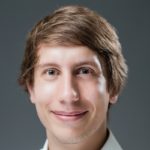 Erik Schiller is a computer scientist (MSc) and works as a business analyst for ZEISS Digital Innovation. He puts his focus on usability and user experience in software development. Apart from that he is active in several software projects for the energy sector and always has an ear for users.