In May 2020, Microsoft released a new, unified UI platform for all systems under the resounding name MAUI or in full “. NET Multi-Platform App UI”, which is expected to be launched in November 2021. But what exactly is behind this name? This question is to be answered in this article. The platform will be presented, the technical background explained and, above all, the potential of the technology will be highlighted.

To understand MAUI as a platform, you need to know Xamarin. Xamarine (and in particular Xamarine.Forms is a platform for developing native apps for iOS, Android, and UWP with C#, XAML, and .NET. You can create an app from a code base for all supported operating systems. Thus, the development effort for different operating systems is significantly lower compared to the native coding of the applications. Currently, the various SPA frameworks for the browser are actually the only technology that offers comparable portability at a similar overall effort.

But what is this mysterious MAUI and what does it have to do with Xamarin? The answer to this question is quite simple: MAUI is the new Xamarin or, more precisely, its direct successor, which is shipped with .NET 6 for the first time.

Just like Xamarin.Forms, MAUI can create apps for all supported operating systems from a single project and with the same code base. Installation packages are generated from the code, which can then be installed on the different platforms. Officially, Microsoft supports Android from version 10, iOS, macOS and of course Windows, both natively and as UWP app. In addition, there will be a community implementation for Linux operating systems and an implementation for their Tizen platform provided by Samsung. The project and build system will be standardized for all platforms and the creation of the apps will be possible via both Visual Studio and the .NET CLI

Another feature will be the sharing of resources such as images or translations. These should be automatically converted by MAUI into the corresponding native formats and integrated into the created packages. You will also be able to access the APIs of the respective operating system at any time. For this purpose, there should be a special folder in the project, under which the native code hooks are stored and which are then automatically integrated into the package when compiling.

All functionalities available in the .NET standard, such as Dependency Injection, should also be able to be used for a MAUI app. By using C# and XAML it will also be possible to use corresponding design patterns such as the widely used MVVM pattern. Also new is the support for the Model View Update Pattern, a pattern borrowed from Elm, which is intended to be able to display a unidirectional data flow analogous to Redux. Also, Microsoft’s web-based client technology Blazor is to be supported.

Unfortunately, MAUI will not be officially available until the launch of .NET 6 in November 2021. In addition, parts of the framework have been moved to .NET 7 and thus to 2022. The official support for Blazor and the MVU pattern should be mentioned here. Since MAUI is the official successor of Xamarin, it will be supported with the release of .NET 6 for another year and then discontinued.

Microsoft’s strategy for the future of UI development with the .Net Framework seems clear: MAUI is the new “First Class Citizen” when it comes to creating native user interfaces.

At first it all sounds like Microsoft wants to integrate native cross-platform support into the .NET framework. However, this plan will only work if MAUI is accepted by the developers. Due to the very late release and a lot of excellent open-source alternatives such as Uno might not be able to establish MAUI in the end. At the moment, therefore, one can only wait and see what the future holds.

However, MAUI would actually have the potential to become the only UI technology in the .NET framework and eventually even replace WPF. It offers a variety of functionalities to increase productivity in development – “Write once, run everywhere” is the motto of the hour. This could significantly reduce costs and development time for apps on all supported platforms. Just imagine the joy of the customer if you could create not only a Windows application, but also the corresponding mobile apps for only a small amount of development effort. Of course, this is an idealized idea, the devil is in the detail as you know. Migration of existing WPF applications is difficult, for example, because the long-awaited XAML standard, which was supposed to define a standardization of elements and tags for all XAML dialects, has apparently been dropped and MAUI and WPF will not be able to be exchanged seamlessly due to different elements.

But if the technology actually delivers on its promises, developers deploy it widely, and MAUI becomes as high-class as Microsoft promises, a cross-platform revolution under .NET could be in the offing. 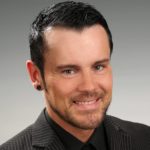 Daniel Leistner is a graduate engineer (FH) for multimedia technology and works as a software developer at ZEISS Digital Innovation. His focus is on fullstack web development with Angular and Azure. Furthermore he is interested in Frontend and Backend development with .NET as well as Angular and Vue.js.